Starting on the night of November 29, 1874 and into the following day, a young woman gave birth to a boy at Blenheim Castle in Oxfordshire, England. 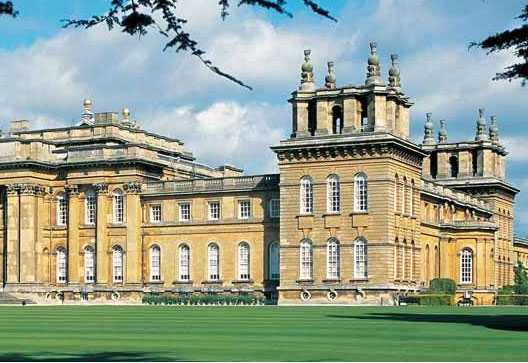 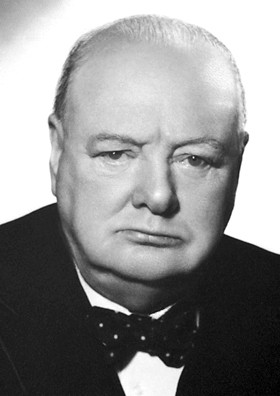 Winston Spencer Churchill is the genius of politics as Leonardo da Vinci is that of the arts. Both began innumerable works, and the very few which were fully realized have sufficed for their glory.

Like the Athenian Pericles (fifth century BC), Churchill guided his people in a merciless war.

A talented and spiritual journalist, he also wrote a lot. With the help of zealous archivists, he documented the Second World War . . . as Thucydides did the Peloponnesian War between Athens and Sparta. In 1953, the twelve volumes of his Memoirs earned him the Nobel Prize for Literature.

His long career testifies to his talents as well as his absolute respect for democratic principles . . . and very British sense of humor.

Winston Churchill’s happy mother, Jennie Jerome, was went into labor during a party. She had just enough time to reach the ladies' changing rooms to give birth, six weeks before term. The child was declared to the civil registrar under the name Winston Leonard Spencer Churchill.

Daughter of a wealthy American adventurer and great-granddaughter of an American Indian, she got married for love . . . six months earlier, to a talented and unstable politician, Randolph Churchill. The latter descended from a famous man of war, John Churchill, Duke of Marlborough (the 'Malbrough' who went off to war in the French folk song), who defeated Louis XIV’s armies at Blenheim (Hoechstaedt) in Bavaria.

Great aristocrats, the spouses lead a worldly and libertine existence without paying much attention to their two boys. 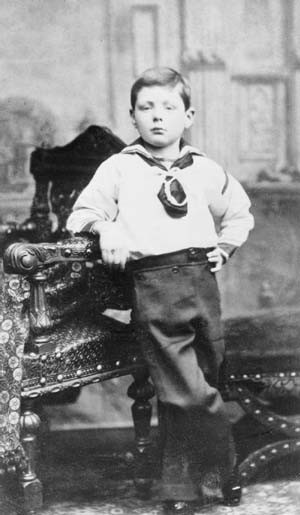 From his youth, Winston suffered from a weak constitution. He was also haunted by the certainty of dying as young like his father, who would die of syphilis at age 45, and most of his family. . . .

This would not stop him from reaching his nineties.

At Harrow College, he was an undisciplined student, although still top of his class in history, geography, English, poetry, mathematics, Latin . . . He learned very quickly how to use his exceptional gifts: a prodigious memory which would be very useful in the political sphere; an exuberant imagination; a gift of writing that earned him, at the end of his life, the 1953 Nobel Prize for Literature; a sense of resilience that ranks him among the great English humorists; and an energy which would put Olympic champions to shame.

He was also a rebel who, from a very young age, could not bear to have his conduct dictated. The only person who found favor in his eyes is his nurse, Mrs. Everest, who would remain with him from 1875 to 1893 and gave him confidence in his abilities.

Finally, last but not least, Winston manifested a physical courage that bordered on pure madness. Over his lifetime, he brushed with death one hundred times, escaping with supernatural luck as if Destiny were protecting him for a role to come.

In addition to all this, there were some insignificant weaknesses, impulses which led him to failure in the Dardanelles in 1915 and in  Narvik in 1940, which also led him to bomb Dresden unnecessarily in 1945.

Heir of a glorious lineage, Churchill rode the gravy train (he took the metro only once in his life . . . and got lost in the corridors). He had an immoderate appreciation for liquor, without which he would sink into depression ('my black dogs' – as he himself called these painful moments of weakness). 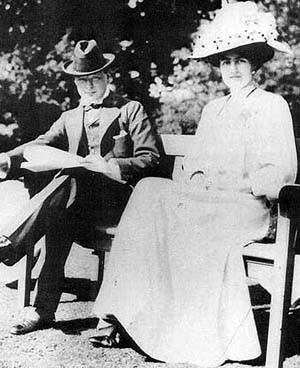 During World War I, already in his fifties and chased from the government, he began painting at a friend's invitation. His many canvases, sold under a pseudonym, are a testament to what seems to be real talent, and sell at very high prices.

Later, during another period 'in the wilderness' spent at his residence at Chartwell, he also took a passion for masonry, to the point that he joined the union of the corporation.

Little inclined towards gallantry, Winston found happiness with his wife, Clementine Hozier. The two youths were casually introduced to each other in 1904. Only four years later, in Blenheim, Cupid would bring them closer together. They married on September 12, 1908. Clementine would always (or almost always) support Winston and bring him the comfort and heed he needed. However, she would not succeed in diverting him from a few errors, such as his support of Edward VIII or the formation of a final government in 1953.

The couple would have five children, including four daughters and one son, Randolph, who would inherit the defects of his father without showing any of his better qualities. Alcoholic, unstable . . .