Arrogance as a Governing Strategy

Lord Palmerston was one of the great promoters of English power during the reign of Queen Victoria. Prime Minister for nearly ten years, until his death in 1865, he also directed and inspired British diplomacy and global geopolitics for a total of nearly three decades. For better or worse.

'I Am a British Citizen' 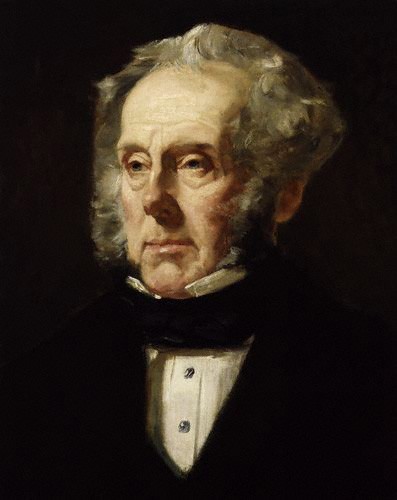 Elected in the Tory Party in 1807, Henry John Temple, Viscount of Palmerston, would remain in Parliament until his death 58 years later! Secretary at War, he left the Wellington government in 1828 and joined the Whigs.

Foreign Secretary in the liberal government of Lord Gray from 1830 to 1841, he chiefly showed himself to be anxious to preserve the balance of powers on the Continent. He thwarted Belgium in 1831 and defended the integrity of the Ottoman Empire against the ambitions of Egyptian Méhémet Ali and the Tsar, on whom he imposed the London Straits Convention in 1841.

More seriously, in the autumn of 1839, when Lord Melbourne succeeded Lord Gray at the head of the government, he called for a vote on a war against China on the pretext that its government was hindering the importation of opium by British merchants. This Opium War was settled three years later with the Treaty of Nanking.

Returning to foreign affairs from 1846 to 1851, despite the hostility of young Queen Victoria and former colleagues such as Lord Gray, Palmerston defended British interests with arrogance, particularly in the Don Pacifico Affair: this Athenian merchant, a Portuguese Jew born in the British colony of Gibraltar, saw his house plundered by the crowd and, failing to see its harm acknowledged by the Greek state, turned to the government of London, proclaiming his British nationality.

Palmerston took up the cause of this worthy compatriot by ordering in 1850 the naval blockade of Piraeus, justifying himself before the Commons in these terms: 'As the Roman, in days of old, held himself free from indignity, when he could say, Civis Romanus sum, so also a British subject, in whatever land he may be, shall feel confident that the watchful eye and the strong arm of England will protect him from injustice and wrong.'

But the fervent Minister made the mistake of approving President Louis Napoleon's coup d'état, which would lead into his Empire. Palmerston had to leave the government, but would return the following year as Home Secretary, with Aberdeen as Prime Minister. 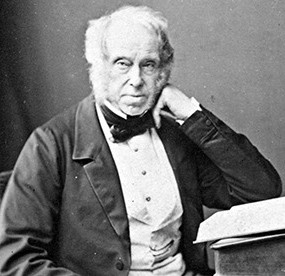 He became Prime Minister himself in 1855, called by popular opinion. The English saw him as a man capable of leading the Crimean War, which had been poorly managed the year before.

In fact, he obtained honorable results at the congress of Paris which ended the war. He then embarked on a Second Opium War, during which the most remarkable feat of arms would be the burning of the Summer Palaces.

He was subsequently less inspired. He quarreled with Napoleon III and almost went to war with the United States for clandestinely helping the Southerners in the Civil War, for example by delivering them a cruiser, the Alabama, which would cause great losses for Union ships. . . . Gladstone, who would succeed Palmerston at the head of the government, would recognize the London’s responsibility for these damages and pay compensation to the Union.

Palmerston died in the harness on October 18, 1865, the day before his eightieth birthday! After Newton, Nelson, and Wellington, he was the fourth Englishman, excepting sovereigns, to whom were granted a national funeral and burial at Westminster. He left the United Kingdom at the height of its power. Gladstone and Disraeli would complete his work.