John Lackland was the last child of Henry II Plantagenet and Eleanor of Aquitaine, who gave birth to him at the age of 45. He owes his nickname to fact that he did not receive land appanage at his birth, unlike his brothers. He was nevertheless the favorite son of his father.

He would make himself detested by all, and would have the good sense of dying soon enough, before his barons could spitefully give up his throne to his rival, the King of France!

The Art of Making Oneself Hated 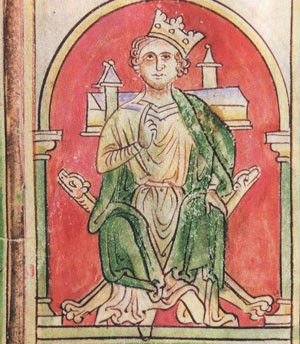 In 1185, Henry II Plantagenet entrusted the government of Ireland to John.

It was a fiasco that had no result other than to mount the Irish against the Plantagenets. John was not only incompetent but also ungrateful.

He joined his brothers in 1189 against his old father, marring the last years of the latter's life.

After Henry II's death, and while the new King, John's brother Richard I, was on a crusade, he had Chancellor William Longchamp, who was in charge of the government, arrested, giving power to the Londoners.

Informed of this, Richard asked the Archbishop of Rouen Walter of Coutances to take the kingdom's affairs in hand. But the King was taken prisoner in Germany on the way back.

John made sure to delay his brother's release and, in order to better secure his throne, begged for the support of the King of France, Philip II Augustus. He went to Paris and paid homage to him for his continental possessions.

But when, in 1194, Philip Augustus informed him, 'The devil is unleashed,' he dared not wait in London for Richard and took refuge at the court of France. Finally, at the entreaties of Eleanor of Aquitaine, Richard the Lionheart agreed to forgive his brother.

When Richard, who had no children, died on April 6, 1199 at the siege of Chalus, Jean immediately seized the crown, defying of the rights of his twelve-year-old nephew Arthur de Bretagne, son of his prematurely deceased brother Geoffrey.

With the treaty of Le Goulet, he had his rights recognized by Philip Augustus, but this peace did not last. . . . Violent and unscrupulous, the new sovereign succeeded very quickly in becoming hated by the nobility as well as the bourgeois, clergy, and peasants.

As soon as he was on the throne, John Lackland was worried about the planned marriage between Isabelle of Angoulême, the Count of Angoulême's only daughter, and Hugh IX of Lusignan, Count of La Marche, which had the potential to create a rival principality.

He had the Pope annul his current marriage to Isabella of Gloucester, which had remained sterile. Soon afterwards, he nonchalantly went to Hugh and Isabelle's wedding in Angoulême, carried off the thirteen-year-old bride, and summoned a bishop to marry them!

It is interesting to note that Isabelle would give King John five children and, as surprising as it may seem, twenty years later, after John's death, would marry the son of her former fiancé, to whom she would give nine more children. Today, Isabelle rests at Fontevraud, the necropolis of the Plantagenets.

The King of France jumped at the opportunity to confiscate the land of his former accomplice. What's more, he revived Arthur of Brittany's pretensions to the throne. The barons of Anjou and Maine took the adolescent's side, but he was captured by John Lackland and finally assassinated by his minions (or perhaps by the King himself) in April 1203.

The following year, on March 6, 1204, Philip Augustus seized the fortress of Château Gaillard on the Seine after a five-month siege. Normandy was soon conquered. John thus became the first English King who no longer dominated the homeland of William the Conqueror.

Brittany, however, rose in its turn, and Poitou rejected the Plantagenets' armies in 1206. John Lackland returned to England, resolving to restore his strength and finances in order to resume the offensive on the Continent against the Capetian King and the seditious barons.

Over the following eight years, he oppressed his English barons more than ever, crushing the nobles, bourgeois, and peasants alike under new taxes. 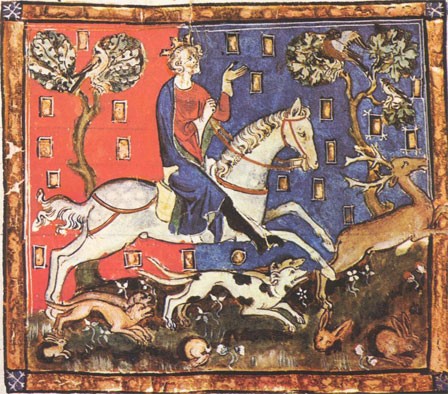 The Church was not spared. In 1205, Pope Innocent III entrusted the archbishopric of Canterbury to Stephen Langdon, but the King came into conflict with the new primate of England, and on July 15, 1207, he came to expel the Canons of Canterbury. The Pope retaliated by denouncing England and Wales in 1208 and then excommunicating the King the following year. The latter, in retaliation, confiscated the property of the Church.

In 1212, Innocent III declared John unworthy of the crown of England and offered it to the King of France, who immediately prepared to take possession of it.

Panic-stricken at the threat of invasion, John Lackland repented. In May 1213, he recognized himself as a vassal of the Papacy. The Pope, caught in the trap, was obliged to accept. As soon as he was forgiven, John joined the Emperor of Germany and the Count of Flanders against the King of France. But he was defeated at the Battle of Roche-au-Moine, as were his allies, at Bouvines. Encouraged by his victories, Philip Augustus prepared to invade England for good.

The English barons, exasperated, rose up against the unworthy King. They seized London in May 1215, and, the following month, on June 15, 1215, in the Runnymede prairie, they forced the sovereign to accept the Magna Carta, a document limiting his prerogatives and giving the representatives of the nobility and clergy the right of control over finances. This would later be seen (perhaps somewhat unreasonably) as the origin of parliamentary democracy.

Meanwhile, the King, faithful to his character, did not take more than a few months to betray his commitments. His barons, tired of everything, called Philip Augustus's son to their aid, even offering him the crown. Louis of France, the future Louis VIII the Lion, landed with his troops and entered London without difficulty in May 1216.

In his flight, John Lackland had the good taste to die rather quickly, on October 19, 1216, due to indigestion of peaches and new cider. He left the throne to his son and legitimate heir Henry III, born of Isabelle of Angoulême. The new ruler was only nine years old. But the rebel barons of the North agreed to lower their arms and rally to him. They drove the French back and agreed to re-embark with comfortable indemnity. The Plantagenets were saved.

A narrative ballad about Robin Hood, published around 1340, popularized the popular revolts against the foolish King John Lackland. The theme was resumed in the nineteenth century by the novelist Walter Scott, inventor of the historical novel, whose masterpiece was Ivanhoe. John Lackland, Richard the Lionheart, Robin Hood, and Ivanhoe were characters also popularized by the cinema. 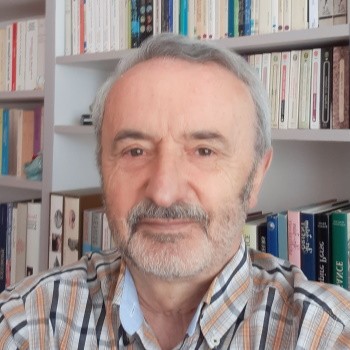