The Greatest English Sovereign Was a Woman

On November 17, 1558, Queen Elizabeth I ascended the English throne. The new Queen, 25 years old, was the daughter of King Henry VIII Tudor and his young mistress Anne Boleyn, who was decapitated three years after the King divorced his first wife and broke with the Catholic Church in order to marry her.

Elizabeth succeeded her half-brother Edward VI and her very Catholic half-sister Mary Tudor (nicknamed Bloody Mary by the Protestants because of the persecutions they suffered at her hands).

Despite these terrible precedents (or perhaps because of them!), the new queen would prove to be England’s greatest sovereign since William the Conqueror.

Inspired by the cult television series, The Tudors, Richard Fremder here recounts the end of the Tudors and the unprecedented reign of England's greatest sovereign, Elizabeth I. 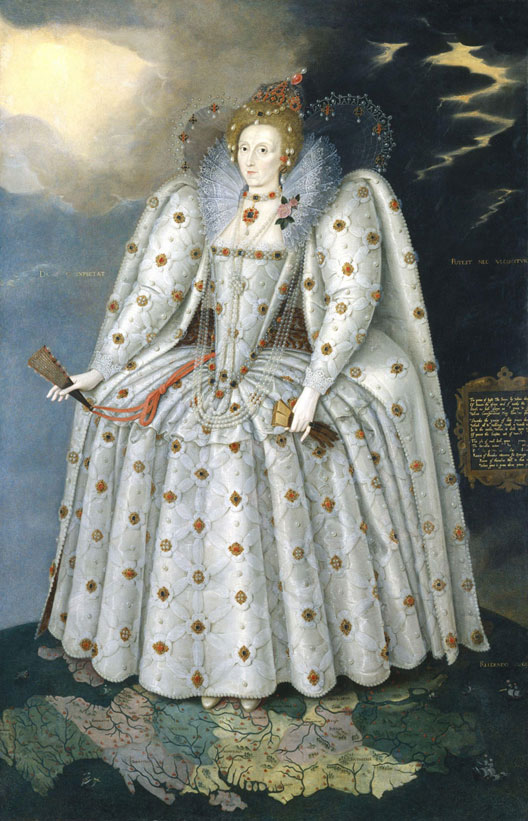 A Woman of Character

'I know I have the body of a weak, feeble woman; but I have the heart and stomach of a king, and of a king of England too.' (Elizabeth I, circa 1570)

Elizabeth benefitted from an excellent education.

Upon her father’s disappearance, she was taken in by Henry VIII's widow, Catherine Parr, and her new husband, the ambitious Admiral Thomas Seymour, who would later be decapitated for his overfamiliarity with the adolescent Elizabeth. 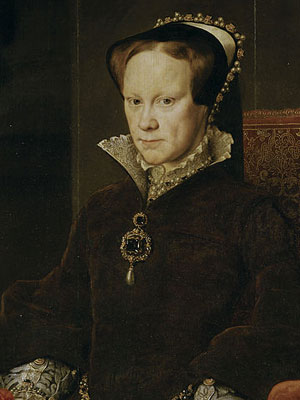 After her brother Edward VI succumbed to tuberculosis at the age of nineteen on July 6, 1553, Elizabeth was placed under the tutelage of her half-sister Mary Tudor, daughter of Catherine of Aragon and the first woman to govern England.

In July 1554, the Catholic Queen was belatedly married to the heir to the Spanish throne, the future Philip II, a move which served only to sink her into unpopularity.

In retaliation, she launched a wave of persecutions against the Protestants. Young Elizabeth, wrongly suspected of having participated in Thomas Wyatt’s plot against the Queen, was herself imprisoned in the Tower of London for fifty days.

But after several false pregnancies for want of a child and heir, the 42-year-old Queen had to resign herself to leaving the throne to her young rival at her death on November 17, 1558.

A Reign Worthy of a Shakespearean Tragedy 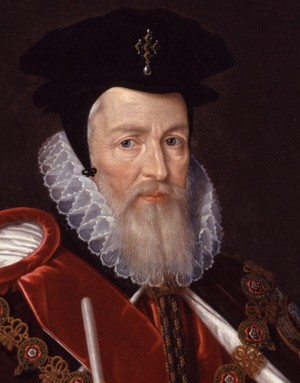 Borne on the hopes of her people, Elizabeth I quickly proved her worth and surrounded herself with deserving advisers: William Cecil, 1st Baron Burghley, and Sir Francis Walsingham.

She prudently took the Anglican rite back up by restoring the Act of Supremacy of 1534, which made the sovereign the exclusive head of the Church of England by the Acts of Supremacy and of Uniformity of 1559 and by the Thirty-nine Articles of Religion of 1563.

This would get her excommunicated by the Pope, and she was obliged to replace all the bishops.

Forced to confront the Catholics' conspiracies, Elizabeth imprisoned their leader, her cousin and the former Queen of Scotland and of France, Mary Stuart (who would succeed her were she to die without a direct descendent).

In 1587, at the urging of Francis Walsingham, a fanatical Protestant and chief of the secret police, the Queen had her cousin beheaded. 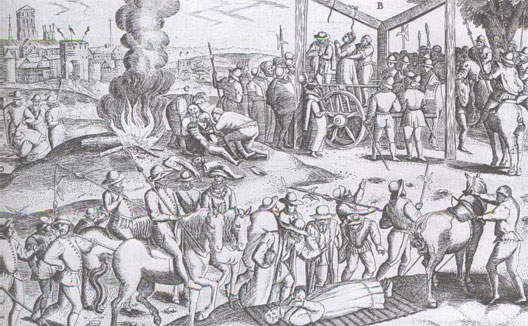 England, Queen of the Seas

Above all, Elizabeth I cultivated her country’s maritime and commercial power.

During her reign, London surpassed its rivals, Amsterdam and Antwerp, with its commercial dynamism. Numerous Flemish drapers, driven from their homes by Spanish oppression, settled in the country and developed the wool industry. 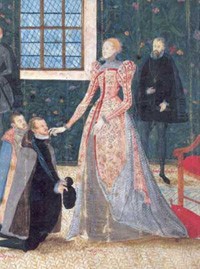 English sailors embarked on the conquest of the seas under the guidance of Sir Francis Drake and Sir Walter Raleigh, Elizabeth's 'sea dogs.'

At the Queen’s incitation, the former, a bold sailor and privateer then 36 years old, disembarked in 1579 on the second circumnavigation in history, after that of Magellan and Elcano.

The latter, an influential courtier, funded an expedition to explore Florida in 1584, and then, the following year, at 33 years old, attempted in person to organize the colonisation of the North American coast.

He founded what would become the colony (and later, the state) of Virginia, so named in honor of the ‘virgin queen.’

A little later, in 1588, the two sailors contributed to the defeat of the Invincible Armada, which the Spanish King Philip II had launched against England to avenge the decapitation of Mary Stuart.

In 1600, the merchants of London created the East India Company, which would distinguish itself in trade with – and later conquest of – the Indian subcontinent. 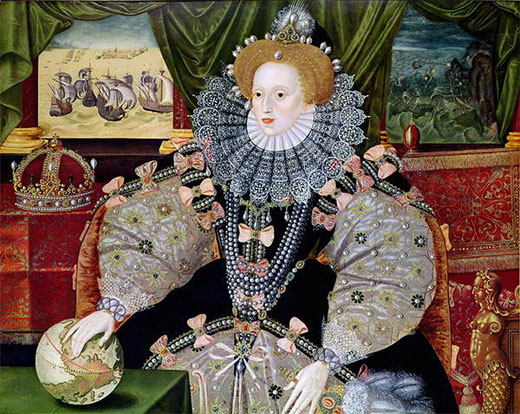 Final Years of the Reign

The 'virgin queen,' afraid of losing her power to any husband, refused the advances of many suitors, including King Philip II of Spain and Duke Henry of Anjou, Catherine de' Medici’s son and the future Henry III, who was seventeen years her junior.

Though remaining unmarried (and childless), she nevertheless retained a passionate affection for her childhood friend Robert Dudley. 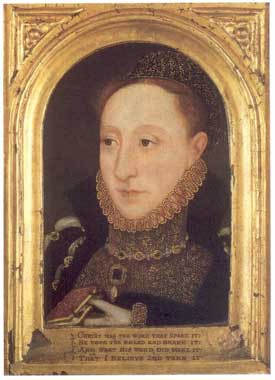 The final years of her reign were tarnished by the pains of old age and illness, the abuse of cosmetics, and the burdens of grief. Faced with increasing discontent, the old sovereign delivered before Parliament her most famous speech, the 'Golden Speech' of November 30, 1601, declaring, 'I have reigned with your loves.'

The Elizabethan age remains, first and foremost, that of William Shakespeare. The dramatist had only to observe the spectacle of the court to find material for farce and tragedy, 'sound and fury.'

The last ruler of the Tudor line, which had begun a century earlier with her grandfather Henry VII’s accession to the throne, Elizabeth I designated the King of Scotland James VI as her successor.

The latter was the son of none other than Queen Mary Stuart, her cousin, whose decapitation she had ordered. He ascended the English throne at seventeen years old under the name James I Stuart upon Elizabeth’s death on March 24, 1603.