An overview of English History

The United Kingdom was officially born on January 1, 1801, following the union of Great Britain and Ireland.

It is often called by the name of its main component, England (capital city: London).

Starting in the Middle Ages, Wales (3 million inhabitants over 20,000 square kilometers, capital: Cardiff) came under the authority of the English sovereign and became the crown prince's appanage.

Scotland (capital: Edinburgh) is by far the least densely populated part of the British Isles, with only five million inhabitants over 80,000 square kilometers, including the Shetland and Orkney archipelagos.

Since 1603, with King James I Stuart’s (or, for the Scots, James VI's) accession to Westminster, Scotland and England have been ruled by a single sovereign. The two kingdoms were formally united by the Acts of Union in 1706 and 1707, which took effect on May 1, 1707.

The United Kingdom took its present form with its constitution a century later, with the exception of the secession of the southern part of Ireland in 1922. The flag of the United Kingdom, the Union Jack, preserves the memory of this historic union.

It proudly presents itself as the kingdom of four constituent nations : England, Wales, Scotland, and Ireland (including only Ulster, or Northern Ireland). Each of the last three has its own parliament and enjoys a greater degree of autonomy than the Parliament of Westminster.

The British Isles were superficially Romanized, but then became completely Christian.

After the Norman conquest, England became the dominant power. Once the archipelago was unified, it fervently set about dominating the seas. . . 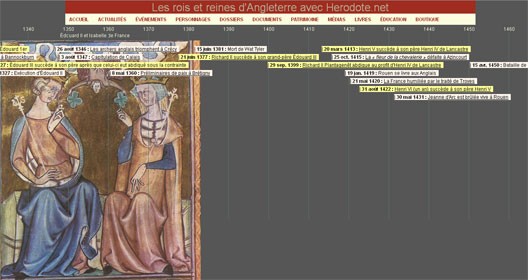 William the Conquerer took over the throne of England in 1066. In 1154, the crown passed to Henry II Plantagenêt, the heir of a large family in the west of France.

After a serious political crisis, his son John Lackland was obliged to concede the Magna Carta to the English barons in order to keep his throne. 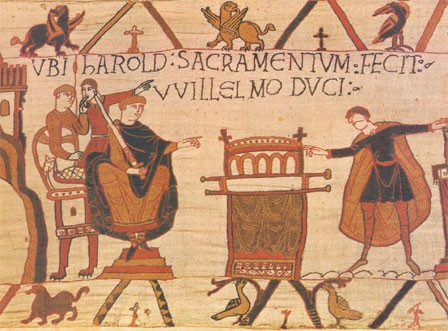 The familial and dynastic rivalries between the Plantagenêts and the Valois, who were in power in France, led King Edward III to declare war on his cousin Philip VI. He managed to seize the west and center of the Capetian kingdom, but the French’s methodical counter-offensive took away the majority of the English’s conquests.

In 1399, the last of the Plantagenêts, Richard II, was forced to abdicate the throne and was thrown into prison, where he would die. His rival, Henry of Lancaster, took the throne under the name of Henry IV. His son Henry V resumed the war on the Continent and distinguished himself against the French cavalry at Agincourt. 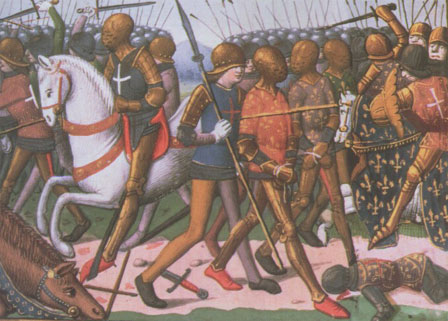 The Tudors, Sovereigns with an Iron Will

The War of the Roses, at the end of the next century, pitted the Lancasters (the 'red rose') against the Yorks (the 'white rose'). In the end, King Richard III of York died at the battle of Bosworth in 1485, against Henry Tudor, heir to the Lancasters.

Henry VIII Tudor broke with the Holy See and became the head of the Anglican church. His daughter Elizabeth I brought the kingdom to its peak, eventually leaving it to her cousin James I Stuart, who was also the king of Scotland under the name James VI. His son Charles I, too Catholic and authoritarian for English taste, was overthrown and decapitated in 1649. Under the yoke of Oliver Cromwell, the English made their first and only attempt at a Republican regime (Commonwealth). They also conquered Ireland and ventured into maritime exploration. 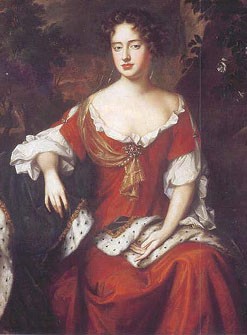 The Stuarts came back to power with the help of General Monck in the person of Charles II.

His brother and successor Jacques II was overthrown during the Glorious Revolution in 1689 and replaced by his daughter and his son-in-law, the Protestant William III of Orange. At that point, England entered into a parliamentary regime.

Upon the death of the Queen, Anne Stuart, in 1714, George I, Elector of Hanover (Germany), ascended to the throne. His dynasty changed its name to Windsor during World War I.

After the victorious wars of the eighteenth century against France and the Independence of the Thirteen Colonies of North America (the United States), England, which became the United Kingdom under the government of William Pitt, defeated Napoleon I with great difficulty.

An insular kingdom, England soon realized that its future was on the water. Its maritime vocation had been significantly extended by the Navigation Act promulgated by the dictator Cromwell in 1651.

England’s atmosphere at this point in time is expressed in James Thomson’s famous poem (written in 1740): ‘Rule, Britannia! Britannia, rule the waves : Britons never, never, never shall be slaves.'

Now a dominant force in Europe, England turned away from the affairs of the Continent and built a globally unprecedented colonial empire whose crown jewel was the Indian subcontinent, the British Raj. The country reached its peak under Queen Victoria with the Prime Ministers Benjamin Disraeli and William Gladstone.

Parliamentarianism continued evolving, though not without difficulty, towards full democracy based on universal (male) suffrage.

The twentieth century was less favorable to British power. After the hardships of WWI, Winston Churchill led the country to war against Hitler. For a year (June 1940 - June 1941), the British and their Dominions fought alone against Nazism. When the war ended, London brought the decolonization process to a close and entered the European Economic Community in 1973. Margaret Thatcher, the Tory Prime Minister from 1979 to 1990, zealously put an end to the country’s economic decline.

The rest of English history is being written before our eyes. . .