Scotland is the northern part of Great Britain and also the least populated, with only five million inhabitants out of the total 60 million.

Since King James I’s accession to Westminster in 1603, it has shared a common destiny with England. The two kingdoms were formally united by the Acts of Union in 1706 and 1707, and since 1801 Scotland has been one of the four constituent nations comprising the United Kingdom of Great Britain and Ireland.

Its emblem, St Andrew’s Cross, is featured prominently on the British flag, the Union Jack, forming the white diagonal cross against its blue background.

Camille Vignolle
The Slow Formation of the United Kingdom

After the Norman conquest, the English monarchy became the dominant power. Once the unity of the archipelago was achieved, it fervently set about dominating the seas. . . with the active support of its Scottish subjects.

Known to the Romans as Caledonia, the northernmost part of Great Britain was populated by Celts in the first centuries of our era. The Romans called them Picts because they painted their faces blue to frighten their enemies.

Organized into clans or tribes, they lived in the inhospitable conditions of the Highlands, with its sterile soil and harsh climate, and Lowlands, whose the valleys and coastline were hardly more fertile.

These fierce Celts give the Roman legions a hard time and all the emperors could do to protect themselves was erect fortifications alongside the Rivers Tyne and Clyde. Known today as Hadrian’s Wall, the Antonine Wall, and the Wall of Severus, there are still astonishing vestiges of the first of these structures. 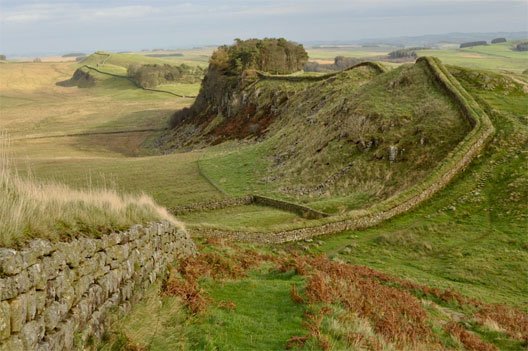 In the Middle Ages, other Celts arrived from Ireland. Called the Scots, they would ultimately influence the name of the territory: Scotland (country of the Scots). With them also came monks who, like Saint Columba, evangelized the country. A Scottish legend reports that the saint confronted a monster during his apostolate. The action is said to have taken place in a gulf known as. . . Loch Ness.

Saint Columba died on June 9, 597 and is buried at the Iona Abbey, in the Hebrides, where the first Scottish kings would also be buried. 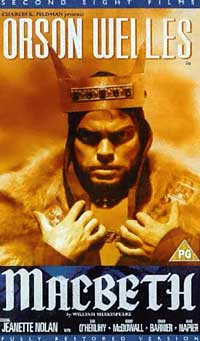 Around 843, Picts and Scots found a common cause fighting pirates from Scandinavia, the Vikings or the Danish, and a kingdom emerged at the turn of the year 1000, the era when the modern nations of Europe began to take shape.

Duncan I was assassinated in 1040 by his rival, one Macbeth, whose name was later immortalized thanks to Shakespeare. Macbeth, a devout and competent ruler, was beaten and killed on August 15, 1057 at Lumphanan by the son of his victim, who in turn ascended to the throne of Scotland under the name of Malcolm III.

Scotland began to emerge from the shadows in the 12th century, with the immigration of Saxon refugees driven from England by the Norman invasion and forcibly evicted by Scandinavian troublemakers.

Celtic or Gaelic languages ​​faded away in favor of English and its local variant, Scots.

First Clashes with the English

The first conflicts between the Scots and their English neighbors occurred with the extinction of the royal dynasty in 1286.

The English King Edward I tried to exercise power over the Scots. 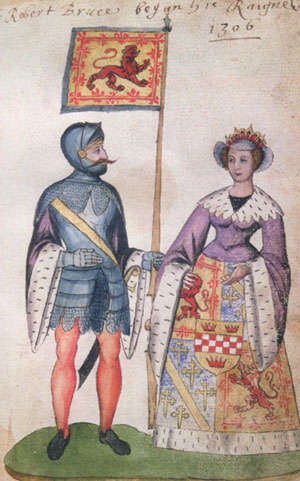 In 1296, following his victory at Dunbar, he seized the Stone of Destiny, also know as the Stone of Scone, a symbol of Scottish royal power.

Placed on the throne of Westminster Abbey, it would now preside over the coronations of English sovereigns, including Elizabeth II (It was returned to Scotland in 1996 as a conciliatory gesture).

But the Scots resumed the initiative under the leadership of Robert I, or Robert the Bruce, and, for the first time ever, with the support of the French. They defeated the English at Bannockburn in 1314. The English took it as read.

Robert the Bruce married his daughter and heiress to his friend Walter, High Steward of Scotland (’steward’ would eventually be distorted and transformed into Stuart, to become the name of the the family in question).

Robert II, son of Walter, came to the throne in 1371, thanks to the extinction of the Bruce dynasty. This would be the beginning of a prodigious destiny for his lineage, studded with numerous tragedies. . . 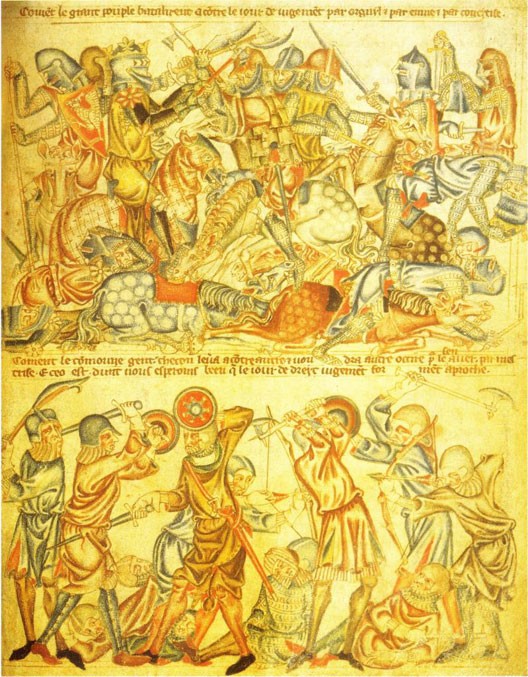 A century passed, and clans in the Highlands revived their favorite game, civil war.

At the turn of the 16th century, the English, having finished their war against the French (the Hundred Years' War) and their own civil war (the War of the Roses), began to eye their austere neighbors to the North. 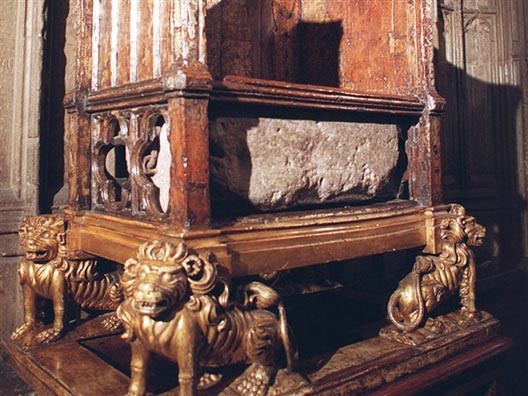 James IV believed he could avoid danger by marrying Margaret Tudor, daughter of his neighbor Henry VII of England. From this union would come the Stuarts’ claim to the English crown. The English nevertheless escalated the tension. At this point, James IV crossed the border with his troops but was defeated and killed on September 9, 1513 in Flodden. His son and successor James V was then only one year old!

After a long regency, James V restored order in the country and reestablished the French alliance. As everyone knows, there is no good alliance that does not involve a choice union. In 1537 he married Madeleine, the daughter of Francis I of France! Then, Prematurely widowed by the following year, he then married Marie of Guise, daughter of Claude, Duke of Guise, one of the heroes at Marignano.

By this time, the Protestant Reformation was spreading in Europe. Many Scots met Protestantism with open arms but the king, who was also engaged in conflict with King Henry VIII, vigorously opposed it. On November 25, 1542, King James V was defeated, like his father, at the Battle of Solway Moss and died of grief a few weeks later, on December 14, 1542. His daughter Mary Stuart, then just a few days old, succeeded him. 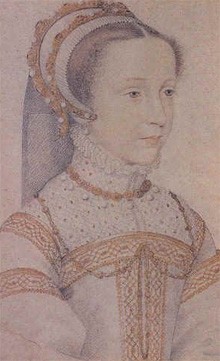 Married very young to the future king of France, Francis II, the little queen left her country for the brilliant court of the Valois. Her maternal family seized the opportunity to take its place in the heart of power. Her uncle Francis, Duke of Guise became the leader of the clan of ultra-Catholics in France, triggering the Wars of Religion.

Mary, meanwhile, became a widow after a few months of marriage and was obliged to return to Scotland, a country of which she had no knowledge, in 1560.

During her absence, Protestantism had definitely established itself nationally as the Presbyterian Church, thanks to a preacher named John Knox. Presbyterianism, an extreme form of the doctrine of Calvin, which grants everyone the right to interpret texts, would from then on be as much of a key feature in Scotland as Catholicism is in Ireland.

Mary Stuart resisted the Protestants, multiplying blunders and choosing strange councilors. Her ultimate misstep was in seeking help from her cousin the Queen of England Elizabeth I, who had her decapitated to put an end to her conspiracies.

When Elizabeth I died on March 24, 1603 after a most glorious reign, she left the crown to Scottish adventurer and Mary Stuart’s son, James. 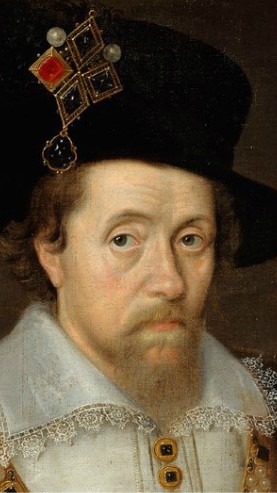 The new king James I of England, or James VI of Scotland, was indeed, on his mother’s side, the great-great-grandson of King Henry VII Tudor, while Elizabeth I was his granddaughter!

James I espoused the Calvinist faith (a variant of Protestantism), which caused friction both with the Presbyterian Scots and the predominantly Anglican (or Episcopalian) English.

Under the reign of his son and successor Charles I, on February 28, 1638, the Scots finalized a religious alliance, the National Covenant, to resist the Anglican episcopal pressure. The result was a conflict that was both national and religious, called the Bishops’ Wars.

This brief conflict contributed to the uprising of some of the English themselves against their king, who was consequently decapitated, and to the establishment of a dictatorial republic under the rule of Oliver Cromwell.

As the latter regularly violated the Covenant and persisted in wanting to establish the Anglican Episcopal Church in Scotland, the former repeatedly reacted against them. It was only after the Glorious Revolution of 1688 and the dethronement of the Stuarts that their faith would finally be respected.

Note that these happenings coincided with the installation of many Scottish settlers in Northern Ireland, where they subjected the Irish to abuse, bullying, and humiliation at least as serious as what they suffered themselves at the hand of the English. This conflict between the Irish (Catholic) natives and Scottish (Presbyterian) settlers is at the heart of the current difficulties in Northern Ireland (Ulster). 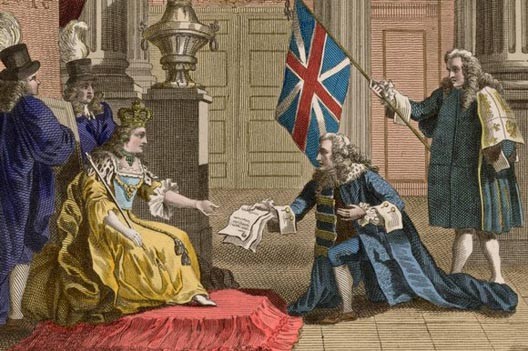 Not vengeful in the least, some Scottish lords of the Highlands were won over by nostalgia for the Stuarts and the Jacobite party was formed in their favor, which would not stop fighting the English until the middle of the eighteenth century. It is to cut short this threat that the English, allied with a large part of the Scottish elites, finalize the Act of Union in 1707, during the reign of Anne Stuart, combining England and Scotland under the name of the United Kingdom of Great Britain.

The two kingdoms were hitherto separated, each with its own Parliament, in Edinburgh and in London, sharing as their only commonalities the sovereign and the language, which, from the Early Middle Ages, dominated the Celtic languages. They now have only one Parliament, that of Westminster (London). The Scottish would thus actively share in the British glory of the 18th and 19th centuries, quickly forgetting its special ties with France.

It was not until the end of the 20th century, with the intellectual vogue of regionalism throughout Europe. . . and the discovery of fabulous pockets of oil under the North Sea off Scotland, that the separatist wishes of the latter would surface.

Alex Salmond’s Scottish National Party came to the foreground thanks to Margaret Thatcher. The Iron Lady clashed headlong with the Labor-oriented social conscience of the majority of Scots. Independence then became an extreme way of breaking with Westminster's neoliberal policy.

On March 1, 1979, a very small majority approved a referendum establishing the Scottish Assembly as a devolved legislature in Edinburgh, effective in 1999.

Finally, the Edinburgh Agreement, signed on October 15, 2012 under the aegis of British Prime Minister David Cameron, anticipated a referendum on independence which took place on Thursday, September 18, 2014. With 55% on the ‘No’ side (of whom only 43% were under 35), the UK granted Scotland an extended stay. Perhaps for three more centuries?

Scottish Contributions to the Glory of Great Britain

The Scotland of ancient times hardly left more than a reputation for rugged warriors (Macbeth, Wallace, Robert Bruce). But since it became involved with the global conquest under the English government, it has revealed an unexpected mine of talents. 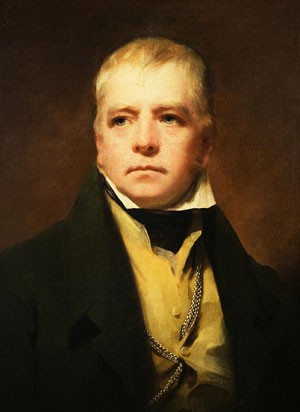 The writer Walter Scott (1771-1832) invented a new genre of literature with his adventure novel Ivanhoe, long before his compatriot Robert Louis Stevenson (1850-1894), another Edinburgh native, wrote his Treasure Island.

The Scottish nationalists, however, prefer the poet Robert Burns (1759-1796), who wrote in both English and Scots, a Scottish variant of English spoken in the Lowlands. Though heralded as ‘Scotland's Favorite Son,’ his work has hardly extended beyond a circle of insiders outside of his native land.

In an otherwise more serious genre, the philosopher David Hume (1711-1776) actively participated in the Enlightenment. The year of his death, another Scotsman, Adam Smith (1723-1790), published The Wealth of Nations, the founding work of political economy.

In terms of economics and, more specifically, finance, Smith’s fellow national John Law (1671-1729) from Edinburgh was not devoid of talents, but his impudence kept him in perpetual flight until he died penniless in Venice.

In modern times, the Scots have demonstrated a consummate spirit of adventure. Thus Mungo Park (1771-1806) was the the first European to explore the interior of Africa. . . and return. A little later, the pastor David Livingstone (1813-1873) travelled to the dark continent for the good cause of Evangelism and the struggle against slavery.